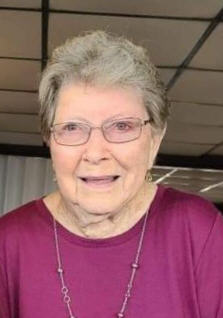 Vivian Parks Justice, 93, wife of the late George Davis Justice, passed away Wednesday, December 7, 2022, at Riverside Shore Memorial Hospital in Onancock, VA. A native of Harborton, VA, she was the daughter of the late Alfred Parks and the late Louise Harrison Parks.

Vivian graduated from Central High School in 1947, and married George, shortly after, in Snow Hill, MD, on June 14, 1947. She worked for many years at Sears/Kountry Kids in Exmore, VA; also, at Northampton-Accomack Hospital. She was the Den Mother for the local Cub Scouts and the president of the Woman’s Moose Lodge. She was a devoted member to Marantha Baptist Church in Exmore.

She leaves behind a son, Barron (Diane) Justice of Accomac, VA; a daughter, Georgette (Gary) Press of Nassawadox, VA; a niece, Maureen Parks Graw of Colorado; a sister-in-law, Joanne Parks of Parksley; and her life-long friend and partner in crime, Marcella (Moss) Belote. Mom Mom Justice was a loving grandmother of seven grandchildren, Billy and Bryan (Kim) Justice of Onancock, Amanda Bell Greble (Chris) of Virginia Beach, VA, Mari Bell of Cape Charles, VA, Ashley Justice of Maryland, Chris and Jared Tabor of Norfolk, VA, Gary, Kourtney and Kayla Press of Maryland. She was the great-grand mother of 27, including special great-grand daughter and dedicated caregiver, Shania McCaskill of Cape Charles. In addition to her parents and loving husband of 53 years, she was predeceased by a brother, Alfred Parks, Jr and a sister, Doris Parks. 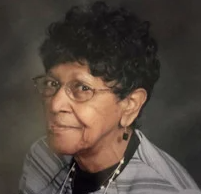