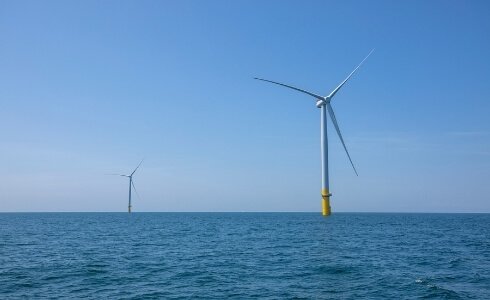 RICHMOND, Va. (AP) — Dominion Energy has agreed to implement several consumer protections in connection with its massive offshore wind project under a proposed agreement with the office of the Virginia attorney general and other parties released Friday.

The proposed agreement, which includes performance reporting requirements and provisions laying out a degree of construction cost sharing, is still subject to final approval by the State Corporation Commission.

Attorney General Jason Miyares, a Republican whose office represents the interests of consumers in utility regulation proceedings, said the agreement would provide “first-of-its-kind” protections for ratepayers while ensuring the 176-turbine project with an estimated $9.8 billion capital cost moves forward in a fiscally responsible way.

“I am pleased that we have achieved consumer protections never seen before in modern Virginia history,” Miyares said in a statement. “For the first time Dominion has significant skin in the game to ensure that the project is delivered on budget. Should the project run materially over budget, it will come out of Dominion’s pocket, not consumers,” he said.

Dominion filed its application to build and recover the costs of the project with the State Corporation Commission nearly a year ago. That kicked off a lengthy process before the regulatory agency, one that has included voluminous filings and an evidentiary hearing in May.