Judge sides with Onley Town Council in controversy with Mayor 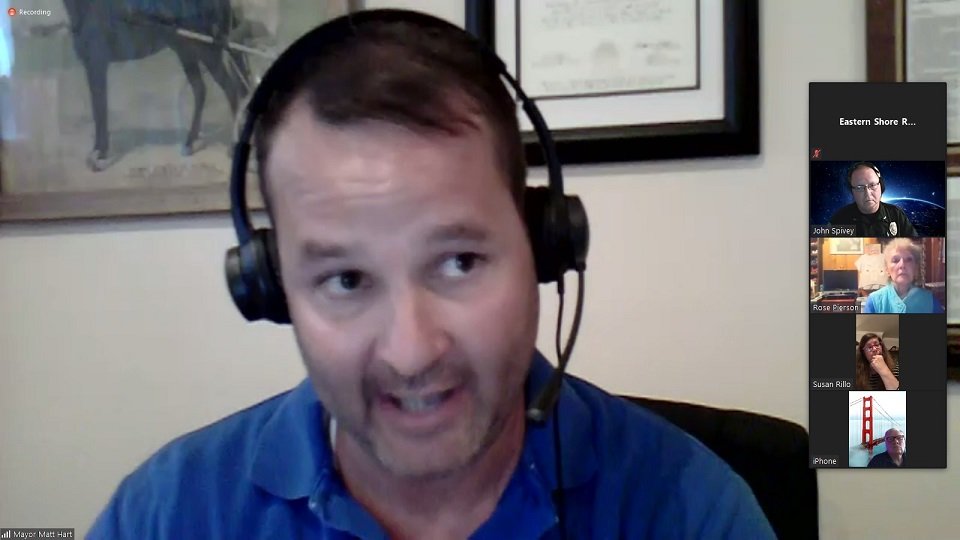 A judge in the case involving Onley Mayor Matt Hart being censured by the Onley Town Council rendered a decision late Thursday.  The judge sided with the Town Council.

Hart  sought  an injunction to nullify the resolution which was passed by 4 yes votes and two abstentions at the June meeting. A supplemental statement, attached to Hart’s petition  alleged the council did not properly follow state code regarding special meetings. “The council cannot simply fabricate a reason for a closed meeting out of thin air,” the mayor wrote.  “Nonetheless, that is exactly what the council attempted to do.”

But Judge Sam D. Eggleston III of Amhearst  rendered the opinion  that not only did the Onley Town Council have the right to address issues with the Mayor but they did it according to state law.

The Town of Onley released the following statement concerning the decision:

“The Town of Onley, Virginia, is pleased to announce, on July 9, 2020, the Honorable Sam D. Eggleston ,III,  sent a letter to David W. Rowan, Attorney for the Mayor Mat Hart, and Lynwood W. Lewis Jr. and Rachel C. Kellam, Attorneys for the Town of Onley, issuing his opinion in the case  Matthew  Hart vs  Town of Onley. Mayor Hart’s lawsuit alleged three Freedom of Information Act violations made by the Town.  Judge Eggleston ruled the Town of Onley did not violate FOIA  in any of the Mayor’s allegations.  For more information about the case,  please visit the town website.www.townofonley.org.”

The Resolution to Censure Mayor Matthew Hart passed by the Town Council at their regular meeting on June 1 accused Hart of creating a hostile work environment for town employees and town contractors for which formal complaints were filed; publicly making false accusations regarding town employees; has threatened town employees to “watch out I’m coming for your jobs” ; has confronted members of this Council with profanity and abusive language; has spoken of behalf of the Town without the Town’s permission; and has repeatedly failed to follow proper parliamentary precedures in meetings.

Hart has filed to be re-elected in the November General Election.  Councilman Henry E. “Ned” Finney has also filed for the mayor’s seat.