Born November 13, 1930, in St. Francis, KS, he was the son of the late James Greenley and Lucille Greenley Atkins. Ronnie served his country in the U.S. Navy, retiring as Chief Aviation Jet Mechanic, following a 20-year career of service.

Ronnie was a member of Atlantic Baptist Church, where he had served as a Deacon, and was involved in many aspects of Church life. He was a long-time member of the former Atlantic District Ruritan Club, in which he served several terms as president. He worked with the Accomack County Community Services Board and was an Associate Member of the Atlantic Volunteer Fire Company.

In addition to his parents, he was predeceased by two half-brothers and one half-sister.

Funeral services will be conducted from the chapel of the Williams-Parksley Funeral Home on Thursday, September 26, 2019 at 2:00 p.m., with The Reverends Richard Inman and Maury Enright officiating. Interment with military honors will follow in the John W. Taylor Memorial Cemetery in Temperanceville.

Arrangements by the Williams-Parksley Funeral Home. 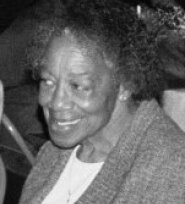