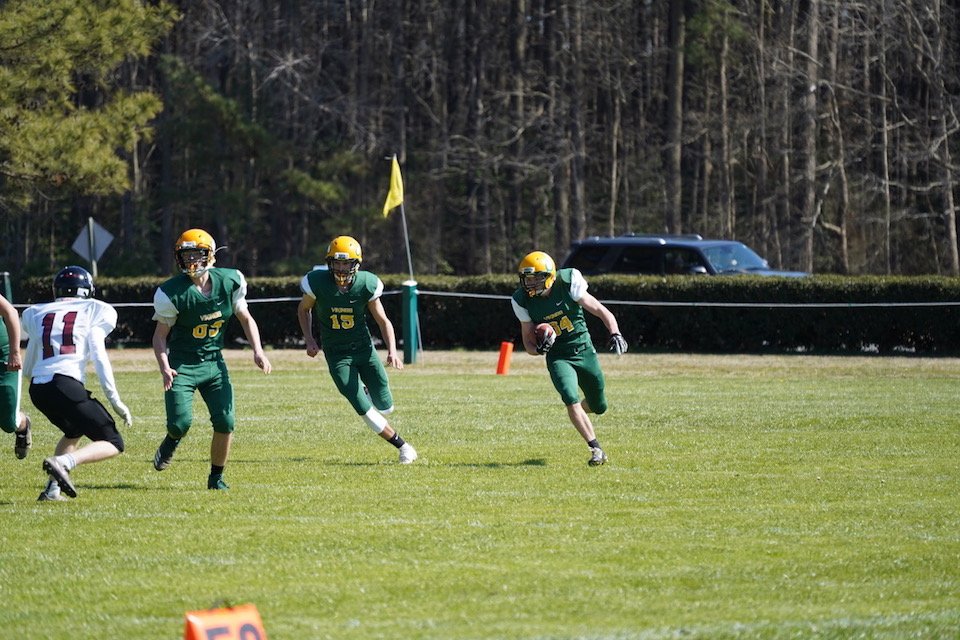 Pictured: Broadwater Senior Gunnar Gustafson carries the ball for the Vikings with Quarterback Brant Bloxom and lineman Colvin Willis blocking out in front.

The Broadwater Vikings dominated the Richmond Christian Warriors in their opening football game of the season on Bynum Field in Exmore, winning in a shortened game by the final 48-12.

The game was called shortly into the 3rd quarter after both of the Warrior quarterbacks were injured and unable to return to the game.

The Vikings will travel to Southampton Academy this Friday, game time is scheduled for 4:00 PM.