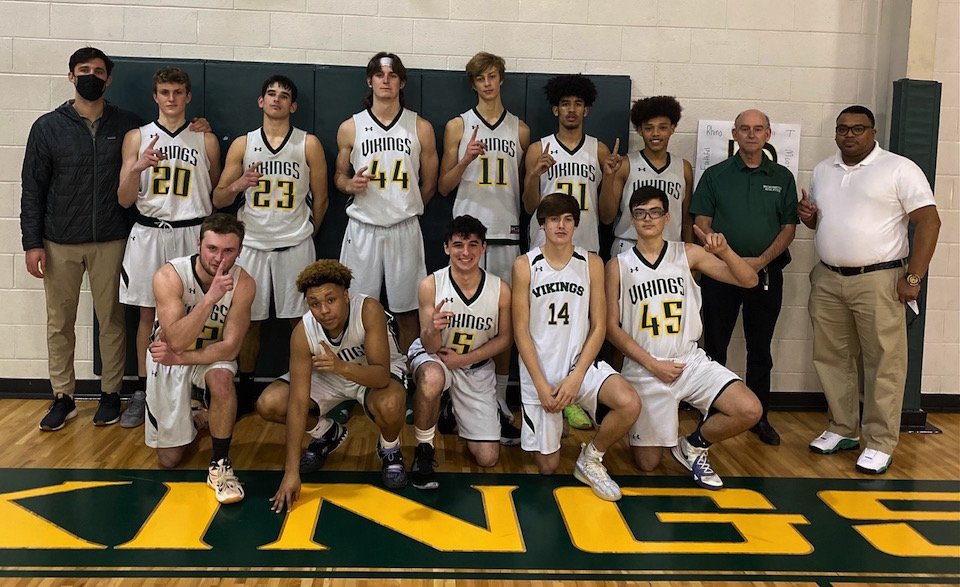 The Broadwater boys’ stellar basketball season has officially ended three days before they were set to host a game in the opening round of the Virginia Independent Schools Athletic Association State Basketball Tournament. The reason: a positive COVID-19 test.

The State Tournament required all players, coaches and staff to get tested for COVID-19 prior to participating in the tournament.

“We are following the recommendations of the Department of Health,” said Broadwater’s Head of School Fran Ryan. “After we followed the procedures, conducted contact tracing and quarantines, we were no longer able to participate in the tournament.”

The boys season was arguably the best in the school’s history. Shortened due to COVID-19, they were 13-1 overall, with the only loss coming against Atlantic Shores in the final game of the season. They won their first ever Metro Conference Championship, something their dominant teams in the early 90s and early 2010s couldn’t accomplish.

Following the loss to Atlantic Shores, long-time Coach Eddie Spencer told the team their season was just beginning. Unfortunately, that season is, along with countless other things we once took for granted, lost due to COVID-19.

“One of our primary goals is to protect the health and wellness of our community, and by that I mean the Eastern Shore,” Ryan added. “With the assistance of local health officials, we have been able to have over 100 days of in-person school and were allowed to have a robust athletic season.”

All of the girls’ tests came back negative, and they will travel to northern Virginia to face the top-ranked Virginia Academy on Tuesday evening at 6:00 PM. This game will be broadcast live on 103.3 FM WESR and streamed live on ShoreDailyNews.com’s Facebook.