The Coast Guard rescued 3 people in Chincoteague Inlet after their sailboat ran aground during severe weather Wednesday afternoon.

Sector Virginia also launched crews aboard a 47-foot Motor Life Boat and a 24-foot Special Purpose Craft–Shallow Water from Station Chincoteague and an aircrew aboard an MH-60 Jayhawk helicopter from Air Station Elizabeth City. Upon arriving on scene, the boat crews were unable to navigate within 100 yards of the grounded sailboat due to unsafe conditions presented by the severe weather.

“Forecasted severe weather can put even the most experienced mariners at risk,” said Ensign Wyatt Nelson, a watchstander at Sector Virginia’s Command Center who helped coordinate the rescue. “It’s important for people to check the local marine forecast before going out on the water to ensure they are making risk-based decisions to stay safe and to make sure they have the proper safety equipment on board should circumstances on the water worsen.”

The mariners were hoisted to safety by the aircrew on the helicopter and transported to Wallops Island. No serious injuries have been reported.

“This afternoon’s rescue could not have been possible without the coordination of several Coast Guard units,” said Chief Petty Officer Ross Comstock, Officer in Charge of Station Chincoteague. “While we were fortunate that the boat stayed together long enough to effect the rescue, the distressed mariners were prepared with life jackets, which most certainly helped the rescue swimmer to get them from the boat to the helicopter safely.” People receiving unemployment compensation have to look for jobs again 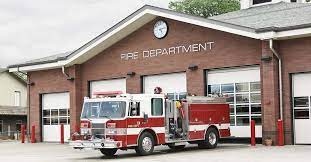