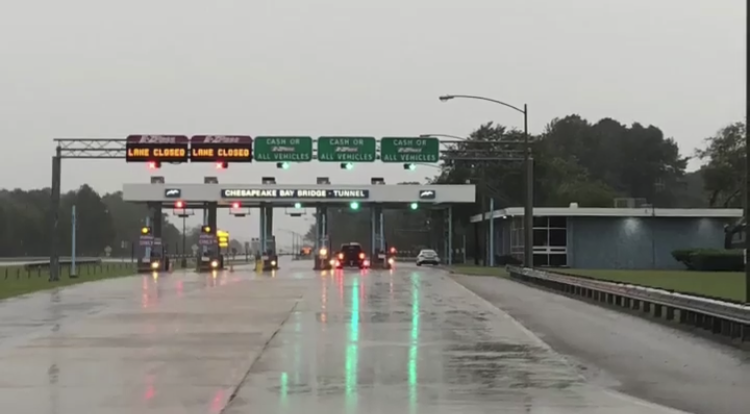 A 35-year-old man, who led police on a high-speed chase through Maryland and down the Eastern Shore of Virginia before crashing on the Chesapeake Bay Bridge-Tunnel in 2021, was sentenced Tuesday in Northampton Circuit Court to 22.5 years for five crimes.

Christopher Alan Northcraft, of Brooklyn Park, Md., was sentenced to five years for felony eluding, 10 years with five suspended for possession of fentanyl, five years with four suspended for maiming by DUI, 12 months for DWI, six months for driving without a license and 12 months for speeding in excess of 85 mph. The terms were set to run consecutively. With suspended time, Northcraft is set to serve a total of 13.5 years behind bars. He will be on probation for 10 years after his release.

On Oct. 19, 2021, with police in pursuit at the Virginia/Maryland line, authorities were unable to stop or slow the 2011 Toyota Camry that Northcraft was driving by deploying spike strips. The car continued on Lankford Highway with local deputies joining the chase. The car reached speeds in excess of 120 mph.

Northcraft eventually sped through the Chesapeake Bay Bridge-Tunnel toll plaza at about 90 mph. At some point, the car struck a curb, spinning out of control before flipping over and landing on its roof.

Northcraft was able to get out through a rear window. He attempted to help his passenger but she was still trapped inside when the defendant attempted to flee by going over the guardrail.