Pictured: Graham Barbour and Phineas Alexander took home the ultimate prize in the “Can Film Festival:” $50,000 and the honor of having their video aired as Bush’s new commercial. (Left photo by Sanjay Suchak, others contributed)

A recent graduate at the University of Virginia whose parents call Northampton County home was the big winner at the Bush’s Baked Beans ‘Can Film Festival’ for a commercial he and a fellow student created for their annual contest.

According to an article from UVAToday.com, Graham Barbour and Phineas Alexander had a running joke about baked bean memes when a friend text them information about the annual contest to submit a commercial to the company for a chance to win $50,000 and have the commercial used by the company.

According to the article: “The 30-second spot opens with Rossini’s famous “Largo al factotum” from “The Barber of Seville.” Novice music fans might recognize the tune from “The Long-Haired Hare,” an old Bugs Bunny cartoon.

“As the music lifts, the camera shows a young woman at an easel intently painting a canvas. She is recreating another famous piece of art, “The Creation of Adam,” a fresco by Michelangelo. But in her version, instead of two hands almost touching, one is passing a can of baked beans to the other.

“She slowly dips her paintbrush into a can, but it does not contain paint. It’s a can of Bush’s Baked Beans. After applying another brush stroke, the painter looks thoughtfully at her brush and decides to take a taste. The next scene shows two people admiring the masterpiece in a gallery, with one remarking to the other, “She was ahead of her time.””

From concept to finished product, it took the fledgling directors five or six days to get the commercial in the can. The cost? A lean $60, the price of having the “Creation of Adam With Beans” printed on a canvas.

They beat out about 300 other contest entries.

However, they almost didn’t win, because they thought the contact about their victory was a scam trying to steal their information.

The day the announcement was expected, Feb. 28, Barbour got a phone message from someone named Randy who said she had been trying to let him know they won the contest.

“I’ve tried DMing you. I’ve tried calling you, emailing you, and I haven’t heard any response. Like, you need to respond to me, otherwise we’re going to have to go and move on to someone else,” Barbour recounted.

Paranoia soon switched to elation. Barbour and Alexander were yelling so loudly their upstairs neighbor could hear the commotion. “We were freaking out,” Barbour said.

The elation has not stopped. Their commercial, a true masterpiece in its own right, aired twice this past weekend on ESPN2.

Graham’s parents are Andrew and Louise Barbour, who own and operate the Bakery on Mason. 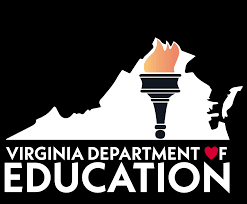